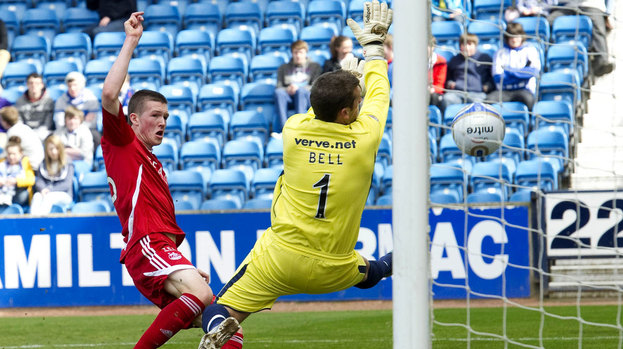 The 20-year-old midfielder is likely to go straight into Ross Jack’s squad for the match against Clyde on Saturday.

Masson, a product of the Aberdeen youth setup, signed a new contract with the Dons in December 2012 after making his debut at the end of the 2011/12 campaign in a league clash against Dunfermline.

He was in action a few days later against Hibernian and then scored a few days later, finding the target against Kilmarnock before making a fourth first-team appearance in the final game of that season against St Mirren.

City boss Ross Jack is delighted to have captured a player rated so highly by his clubs. The manager said: “Jamie is a strong midfield player who has already demonstrated he has an eye for goal at the highest level in Scottish football.

“He will certainly be a major asset for Elgin City in the coming months and I am just delighted to be able to add him to our squad.

“He has joined us on loan and will remain at Elgin for the foreseeable future.”

Masson takes a place in the Elgin City squad vacated by former Inverness midfielder Dachi Khutsishvili, who left City at the end of his short-term deal last week.